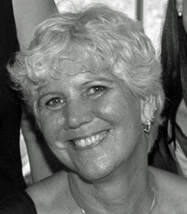 Heidi J. Berger
​Heidi died on Monday, July 29, 2019, around 2:45 PM.  She was alert and talking with family, albeit with effort, at 1 PM. She said that she was ready. When asked if she was at peace, she replied, “Finally.” She was not in pain. In her last minutes she was holding my chin and beard with one hand while Polly held the other, nuzzling her shoulder. Rachel was holding her feet. Heidi's breathing slowed, Polly began to sing, and Rachel felt Heidi relax. After two more slow breaths and a final, subtle frisson, Heidi died. One cannot imagine a more peaceful, beautiful death. Heidi, taking care of us right up to the end, made it easy for us. As Polly said, Heidi “died as she lived: Radiant and surrounded by loved ones.”

Ben was with Heidi a short time before her death, and within a minute or so afterwards. When she died, Ben was working on her coffin. Heidi would have appreciated what was going on in the moment of her death.
​
Here’s what happened: When the mail carrier walked up the driveway, Ben noticed she looked dejected, so he asked how she was doing. She replied that the mail had just fallen out of her truck and none of the people who saw it offered to help her gather it from the street. Now it was all unsorted. She said to Ben, “Thanks for asking; how is your day going?” Ben replied, “I am making a casket.” Heidi would’ve liked to have seen the mail lady’s expression.

We gently cleaned Heidi’s body the way Polly and I had learned at the workshop, but Heidi didn't really need it; even in death Heidi made our work easy and pleasant. We kept Heidi’s body cool with air conditioning and ice packs. It was comforting for me to sleep next to her and to talk to her occasionally. Tuesday could have been a nightmare dealing with the dragon known as Bureaucracy, because our town clerk’s office had only worked with funeral directors and their electronic applications for death certificates and Permission to Transport a Body. But Heidi had made a few calls months ago, and when the dragon saw our clerk with her pen and computer, he rolled over feet in the air, and coughed up five death certificates and two Permission to Transport a Body permits for fifty-five dollars. Thank you, Town of Newmarket.
​
The whole family contributed to painting the casket in the back yard on Tuesday evening. The next morning we carried it into the music room. Everyone helped settle Heidi in, making it all beautiful with freshly cut lilies, echinacea, lavender and buckets more flowers from Heidi’s own garden. She was wrapped in the leopard print sheets Polly found at Savers. We shared a yum hum and a moment of silence. Then we put on the lid and took turns banging the dowels into place. The casket fit in my pickup, toolbox not removed, with one-half inch to spare before extending beyond the tailgate, which would have been illegal. Heidi Berger, on the edge still.

The burial was informal and beautiful. Friends showed up at a moment’s notice and waited around in the heat for us to arrive. The only professional involved was Tom the gravedigger who had prepared a perfect hole the day before.  The entire team pitched in. We used straps to lower the mermaid-adorned casket into the earth, then filled the hole by hand and decorated the mound with sand dollars. It was all smooth and beautiful. Thank you everyone. You can see a few pictures on Polly’s Facebook page. She’s also planning on starting a Google Doc album where people can add pictures of Heidi’s life and times.

We have been celebrating life with crazy dinghy and river trips, seafood, great food, booze, and friends. Our house has generally had ten or so people in it. Tears, love, and laughter. Just the way I love it.
Story by Heidi's loving husband, Bill Raley