Kathleen's death and subsequent home funeral was both simple and complex, with surprising obstacles and rewards 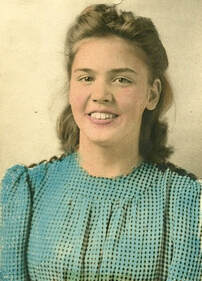 ​​I’m standing in the kitchen of our old Vermont farmhouse at the age of 14 with my mother’s eyes boring into mine as she is telling me that under no circumstances will I or any of my four siblings be taking care of her in her old age. She is insisting that, when the time comes, I will drive her to a nursing home and boot her out the door.

It’s clear to me that talking with her about what she wants to have happen to her body after her death is just not on the table, now or in the future, and I was right about that years later when, despite recurring attempts during her favorite show, NCIS, we never quite got to the point. “Gee, Mom, that looks like a nasty way to die. I wonder if he’ll be buried or cremated? Which do you think you’d prefer? What? Oh, yeah, autopsy first, then we never find out. OK.”

Fast forward fifty years, give or take, and here I am again, having the same conversations with her, for the umpteenth time. But by now, my father has been dead for five years, and she’s been in that nursing home for more than three. Her memory is failing, along with assorted other organs, though no one can tell us precisely what is causing the rapid decline of her mind, the delusions of being incarcerated, the fear of someone stealing her teeth, her inability to recognize her room even if she can find her way back to it, along with long periods of clarity fraught with an unnamable anxiety. All I know is that it is up to me to navigate this ship to calm waters.

This time, however, she is singing a new tune. She wants to go home. What home we cannot discern, whether the home of her childhood, the farmhouse where she raised her family, the camp she and Dad renovated on the lake, or the house they settled into in town when they realized they needed more services. Is it the home itself or family she is longing for? I ask if she wants to come home with me from the rehab facility she has landed in, and she tries to get out of her chair to move me along a little faster.

Now home with me and my willing and long-suffering husband by turns, she demands that she sit up, turn over, move to a chair, go out to the dining room, sleep on my couch, get up, get down, move over, move back again, change pillows, go home. Demands that I help her get out of here, to know who the man at the window with a knife is, that I tell Dad to come pick her up. She has the strength of ten men if you get too close and she feels like knocking you about, but can’t sip through a straw by herself; she is pleased to tell me all about my failings as a child (“You always were that kind of kid…”) and as a human being, but please, oh please, don’t leave the room, stay with her, leave the lights on, don’t go. Home again, she marvels. Who would have thought we would all be under the same roof again? Her body relaxes completely, she chuckles, pulls the lovies my grandchildren gave her closer. We talk memories for hours, delighting again in old friends, siblings, neighbors, all sorts of hijinks, and her deep love for my dad. And then she wants to know how she is going to get out of this, what’s going to happen next, but there is no conversation possible that addresses the fact that she is dying.

There was no conversation possible either to tell her that when she died, I would not be calling a funeral director, I would not have her removed from my home, I would not be bagging and removing all her belongings the same day as she had my father’s things. There was no acknowledgement that I would sit with her through the night and morning until that last grimace, that last breath was expelled on a soft swoosh, or that I would wash her body with the help of my youngest sister, wrap her in a clean cotton sheet, transfer her to my massage table, or gather items to place at her feet, much like ancient Viking warriors were buried with their most valuable possessions — a romance novel, her knitting needles, a jar of M&M peanuts. At her head, on a floating shelf, a photo of Dad when they were dating, their wedding picture, a carved wooden cardinal, a miniature wooden canoe, a blood red rose in a slim vase.

While she cools in the bright light of our many-windowed sunroom, I am quietly making calls and arrangements for her cremation and the interment of her and Dad’s remains in the companion urn I’d won at a silent auction years before. My sisters and brother and various grandchildren come and go, catching meals, sitting up late into the night talking, sorting through things for keepsakes.

Neither my mother nor my father wanted a service, so on the day before Thanksgiving when we all truck over a mountain range or two in the spitting snow to the old Vermont cemetery that she had written a book about many years before, it is simply a matter of lowering the urn into the ground, listening to my brother play the pipes for them, and everyone chipping in on shoveling some dirt to seal them in.

As far as anyone else is concerned, the process was flawless.

Now, I’ve been assisting other people in staging home funerals, both theoretically and in actuality for many years, but I still learned a valuable thing or two. That losing your mind doesn’t necessarily have anything to do with losing your keys. That the phrase “terminal restlessness” is just a euphemism for jumping out of your skin (and not the other way around). That home is one of the most elusive words in the English language, with no definers but the ones we conjure up in our own hearts. And yet it means everything.

And on the practical side, it’s best to bring a body that’s in full rigor through complicated doorways slung in a sheet, rather than trying to turn the cremation container on its side with a body rumbling around in it, no matter how much your husband insists he knows best. It’s also true that you need supreme powers of persuasion and God on your side to get a medical examiner to come to your house to complete the cremation certification if you plan to drive to another state for the actual cremation. And however much you try, you will never get a mouth to close once the dentures it has been housing for more than 65 years have been removed. For that matter, give up entirely on closing eyes that in life never really closed even when the owner slept, scaring the crap out her husband on more than one occasion.

But probably the most important thing I learned by caring for my mother at home for the last terrified three weeks of her life and subsequent brief and uneventful home vigil was this: as painful as it may have been, and it was, it was the most intensely satisfying and intimate experience I ever had with the woman who birthed me, and being able to return the care she gave me as an infant left me feeling rounded out, complete, even vindicated for all the times I disappointed her. Somehow this level of seamless care was, in essence, a mirror of her own success as a mother, her own marvelous ability to organize and makes things happen, on time and on budget, her own stubborn determination to set a course and stay on it, regardless of convention or others’ expectations, keeping her cool till the job was done.

Giving her these acts of quiet competence, with nothing asked for in return, was the gift I gave her— and, willingly or not, the last gift she gave to me.
Story by Lee Webster about her mother who died in November of 2017 in her home on hospice service.